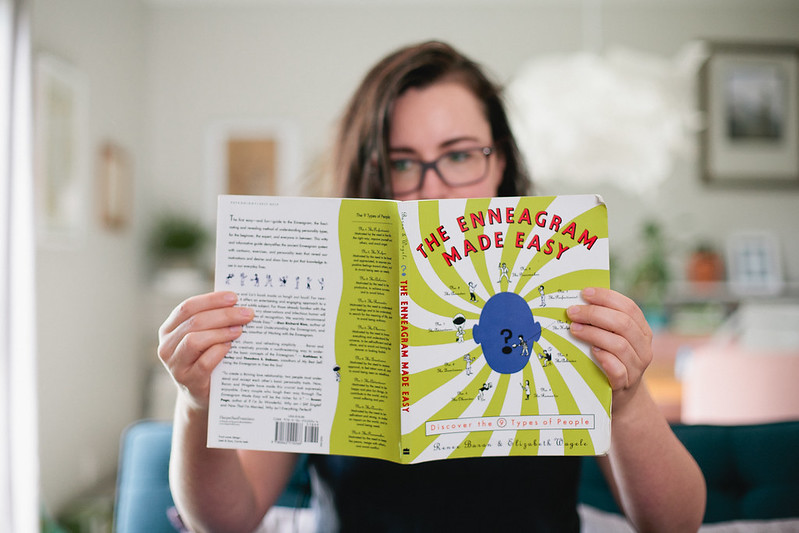 Confession: one reason I read fewer personal growth books these days is that I don’t always want to admit that I’m doing it. But here we are, with a super-cheesy Enneagram book borrowed from a friend when I was in the midst of turmoil because I COULD NOT FIGURE OUT MY NUMBER. (Spoiler: I’m a 9. Which is a number that’s frequently difficult to pin down.)

I was honestly pissed when Enneagram became popular in my circles, because I’d spent a lot of time learning about MBTI many years ago (when a housemate was super-into it, and did you know that a common feature of 9s is their willingness to adopt the hobbies/interest of friends and family?) and Enneagram is a LOT more complicated. I was not going to learn something new.

But then Beach Week happened, and all of the other chaperones were talking about it, and then the STUDENTS wanted to talk with them about it, and I felt left out!

That’s right. I learned about this solely so I could join the conversations. But, once I got through the difficulty of finding my number, I’ve actually found the language of the Enneagram (and the freedom of movement among the types, in stress or in health/integration, which describes the variables of our lived experience) to be very helpful.

So I’ve moved from a person who was utterly opposed to learning about Enneagram to a person who could probably talk about it all the time. And I still judge myself a little bit for that. Join me? (In judgment, or in excitement.)

One thought on “28 books finished in 2017: The Enneagram Made Easy”