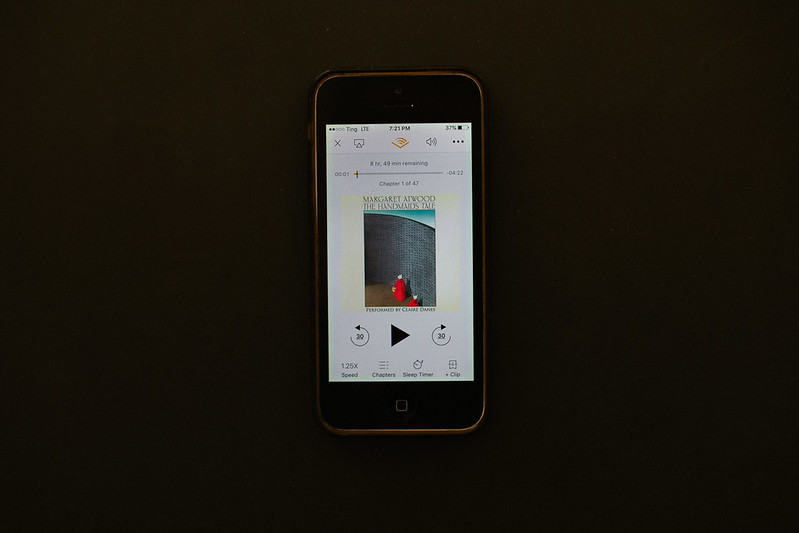 This book has had quite the insurgence this year! Claire Danes was an AMAZING audiobook reader, because she can imbue so much of her acting with anger/horror/tears. (I’ll probably not have the fortitude to watch the new series based on this book, so Danes will be the Offred in my mind for years to come.)

As a Christian, I was a bit confused by the hubbub around this book. On one side, people are claiming “This is what happens when people of faith are in control!” And on another, Christians are banning this book because…I don’t even know? Perhaps in rejection of the first interpretation?

What I encountered in a book was scripture distorted to justify heinous actions. I saw the dangers that people face when they cannot rightly interpret scripture (or do not want to). I saw a cruel power structure with the facade of a cult, and I was most horrified by the realization that nobody understood or could explain how this came to occur.

Yes, I could see the warning in Serena Grace, someone who supported the turn of events when she was able to rule/lord over others, but who was shocked to realize that she was still going to be placed in the middle of this totem pole. But that warning/judgment could be pointed in many directions.

I felt like this was a stunning dystopian novel, but I had trouble understanding all of the cultural responses. In some ways, I feel like those interpretations detract from the text.