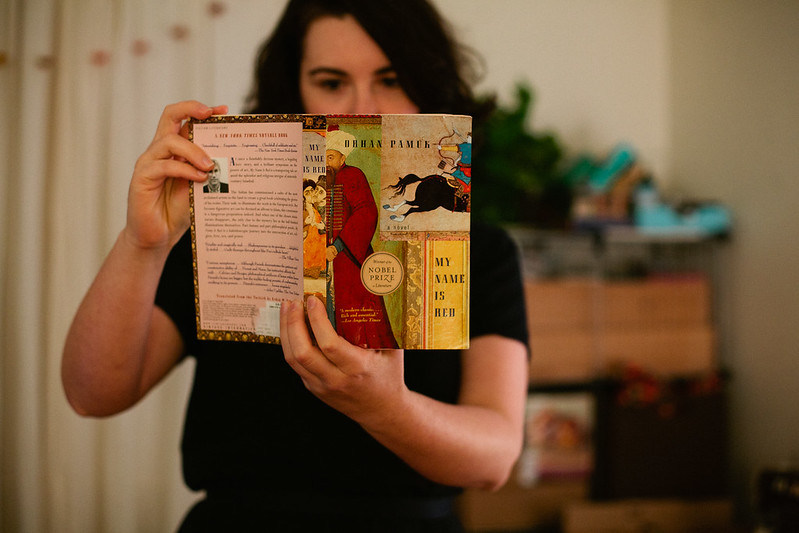 sets out to describe
complicated mysteries:
art, faith, and murder

This particular book, a selection for the book club which has mostly disbanded, was difficult to read (and I wish the book club was still around for further discussion). Though it was written in English*, it wasn’t written in a way that was hugely accommodating/accessible to Westerners. None of the cultural norms or foreign words/phrases were explained in any way. Obviously, I do not EXPECT this to be the case with books, particularly when I’m reading them specifically for exposure to foreign cultures. But the distance between myself and this book drew my attention to how frequently OTHER authors write in a way that accommodates Western readers. The rhythm of this book never became natural to me as a reader, and I am hugely aware of how much I do not understand about this culture. Thankfully, I have another book by this author, so I will have another opportunity to learn, but I also think it would be helpful for me to dig into some historical facts so I can better understand.

A little bit about the plot: it’s a murder mystery, set within a guild of manuscript illustrators/miniaturists in the Ottoman Empire.  Each chapter is from a different perspective – some were from the murderer, some from observers, some from the victims/suspects – which made for an interesting narrative.

*Did a bit of research and discovered that this book was TRANSLATED to English, which helps explain some of the difficulties in reading.