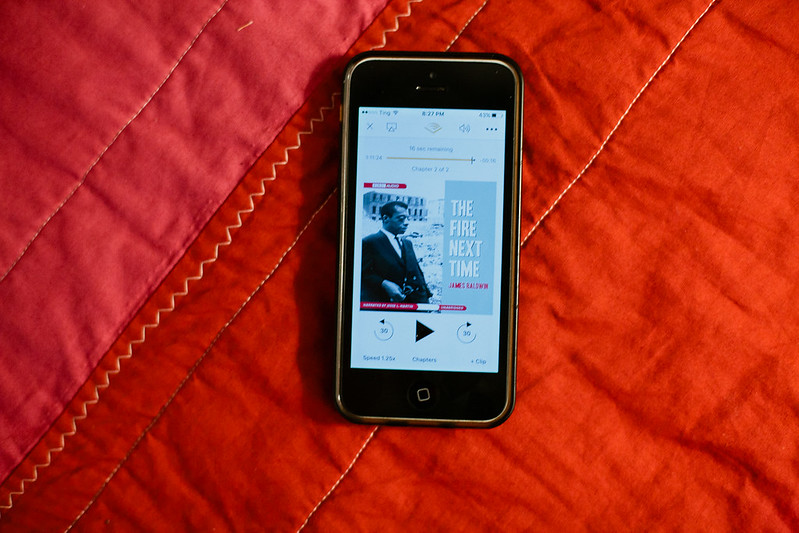 WHY HAD I NEVER READ THIS BEFORE NOW? The things he was saying about our society, 50 years ago, are still mostly relevant, and that’s a shame. Honestly, the fact that I, a white person, hadn’t heard his words before, is part of the reason.

I wish I’d read the physical book, because there were many things I would have underlined, quoted, shared. But it’s probably better that anyone who hasn’t read this book does. The first chapter – a letter to his nephew – is beautiful and profound and terrible and seems to have been the core inspiration for Between the World and Me. The second chapter, though, was equally powerful – it tells a story of the time James Baldwin met Elijah Muhammad, leader of the Nation of Islam. It was particularly fascinating to read this having recently finished The Autobiography of Malcolm X.

No haiku. Just a request for recommendations of other books that speak to the American story that don’t show up on required reading lists.