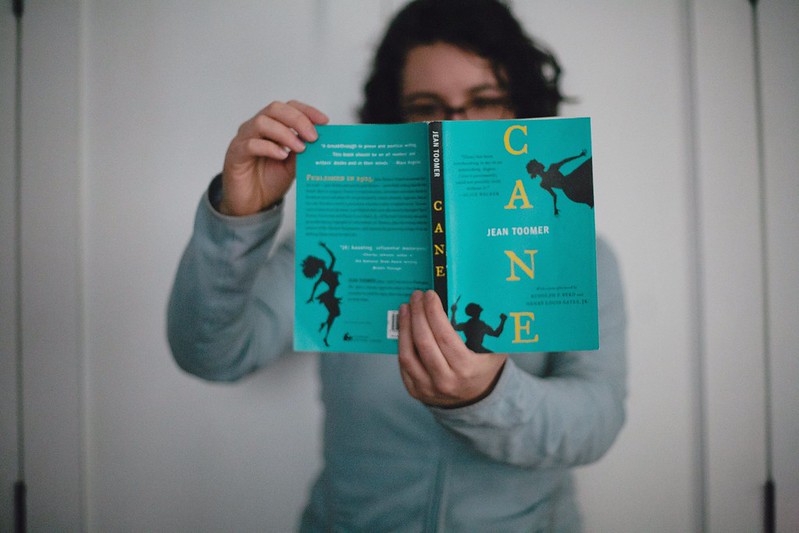 “Dude, are you Passing?”
racial ambiguity
all over the place

This book didn’t make the final cut for the book club, but I ended up ordering it anyway – either I forgot which 6 books were chosen, or I couldn’t resist those silhouettes on the cover.

I had very little idea what I was getting into. This was a collection of short stories and poems, and it seemed to communicate to the senses more than anything – I would call this book humid, sensual, rhythmic, dwelling in musty spaces, confused, proud, sometimes offensive, sometimes offended, not interested in explaining or defending itself.

The final, and longest, story was the most inaccessible to me, so I was thankful when it ended long before the final page of the book. And I was introduced, through the afterword, to the history of Jean Toomer, the version of America that he lived in, his complicated relationship with race and class, and his shifting identity as a writer.

I don’t necessarily understand the stories, and I don’t know if I could ever understand them fully, but I respect them and want to learn more and am glad they exist for those who do understand it fully.