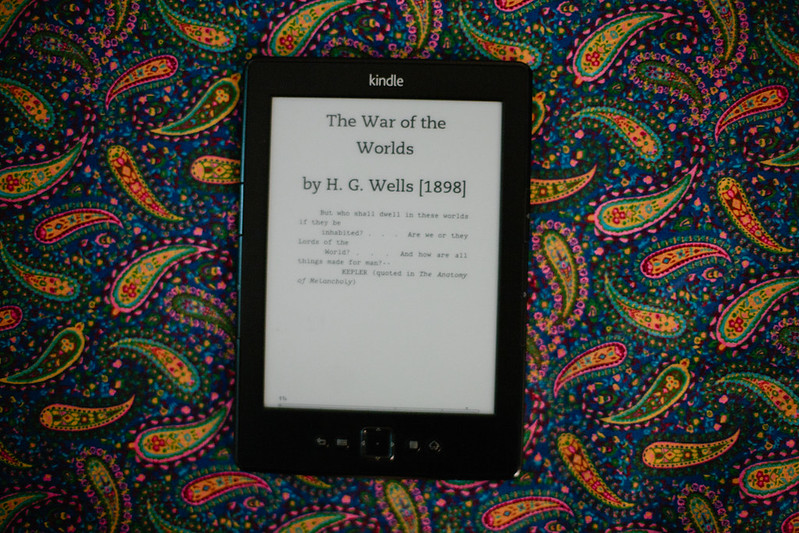 This is one of many books read exclusively in airports earlier this month – I had a planned long layover on the way out (and one of those VIP lounge passes to boot), then multiple weather delays on the return.

It was both more mundane and more interesting than I expected it to be. I remembered hearing about the Orson Welles radio show based on this book that caused mass panic, and expected it to be more frightening based on that. I thought I’d seen the 2005 movie version of this, but nothing in the plot was familiar – perhaps I had wanted to wait until I read the book.

The terror of the book was in the isolation, both of individual characters trying to travel from one town to another to check on loved ones, but also of an entire city being attacked/occupied and not knowing whether the same is happening anywhere else in the world. The looming question about whether you could escape, and whether it would be any better if you did, added a lot of weight to the drama. And it was interesting to imagine, in this hyper-connected world, what that isolation would feel like.

*I just couldn’t resist – that’s probably my favorite modern day concern. And once I started thinking about connectivity and isolation…it was an easy jump.