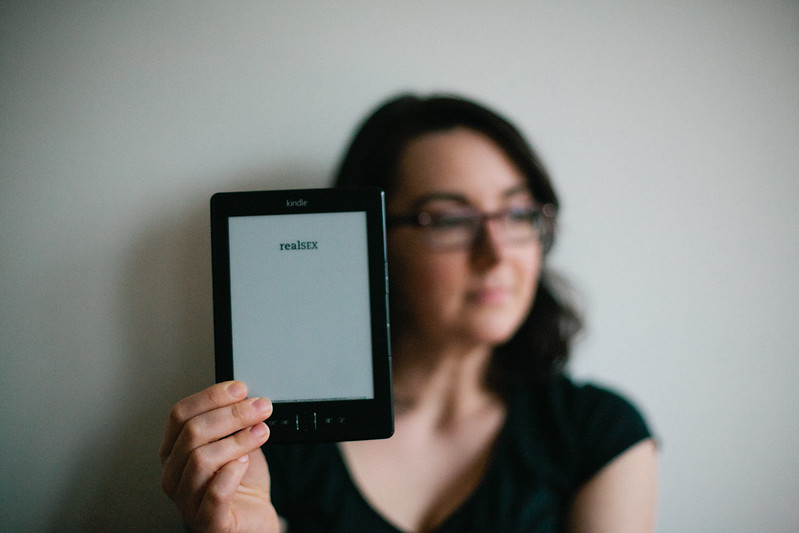 Oof. This whole “talking about books I read” thing feels far more vulnerable this year than in years past. I literally had to ask myself, before downloading this book, whether I really wanted to read it. Even though you’ll have to admit it to the blog?

Because books with “SEX” in the title are taboo in some circles. But what this book is actually about – chastity – is probably taboo in all the rest of them.

One of the main takeaways from this book, for me, is that sex should be more public. Not that we should be doing it in the streets*, but that married couples should talk about the mundane reality of monogamy and the work that goes into sustaining the marriage vows, and dating couples should be more honest about temptations they face and should be recruiting help from their community. So really, it’s more about the Christian community being more willing to talk about sex and our bodies and the choices we are making.

*The only guideline she had around physical boundaries for dating couples is that anything they’d feel comfortable doing in a public space is acceptable. But she was also very clear that these boundaries depend on the two people in a relationship, their histories, their scars, their fears…which means honest conversations about what we each bring to the relationship (and how we can trust God and care for each other) is more important than having a list of Acceptable and Unacceptable behaviors.

Sadly, I didn’t have the chance to practice what I learned in this book – my boyfriend and I broke up in the past month, which is one reason the blog has been somewhat silent. We still respect each other, and hope to be friends eventually, and I am thankful that we made the hard decision to end things now instead of months down the road when it would be more difficult to untangle ourselves from the relationship. (Oh hey, I didn’t mean to blog about this, but everything I said is true, so I’ll let it stand.)

Another interesting tidbit, which I’m probably going to butcher in the recounting, is the ineffectiveness of the True Love Waits initiatives, and other attempts to restrict/repress the teenage libido. Okay, the ineffectiveness isn’t all that surprising to me, but something else WAS effective, though unintentionally. Apparently, young women who participated in team sports were the most capable of maintaining a commitment to chastity (presumably the subset of women who had made this moral commitment). It was because they had “better things” to do with their bodies than have sex, and they had a positive body image – being strong and capable – because of their athletic achievements.

I’ll wrap this up with a quote from the author – taken from this interview that helped persuade me to read the book.

[T]here is a pervasive Gnosticism that continues to dog the church—the sneaking suspicion that our bodies are bad, or that they just don’t matter very much. The screen on which the contemporary church works out its anxieties about bodies is sexuality. Too often, Christian’s aching discomfort with bodies gets transmitted into how we do sex; our anxiety about bodies morphs into a anxiety about, or repugnance of, sexual desire and sexual acts. If we fear our bodies because they are undisciplined and contingent, messy and willful, we then get especially freaked out about sex, which is one of the places where our bodies are most willful and messiest. When the body becomes something to escape from, the sexual body becomes something to vilify. This anxiety about bodies runs counter to the radical embodiment of the Christian story–which unequivocally proclaims that we were created with bodies, that God called our bodies good, that Jesus came as a body, and saved us with His body, and He and we both will be resurrected as bodies.

(I have no haiku for this book because, despite my best efforts, I kept trying to include “this is how we do it,” and there was no way to take myself or the haiku seriously after that.)