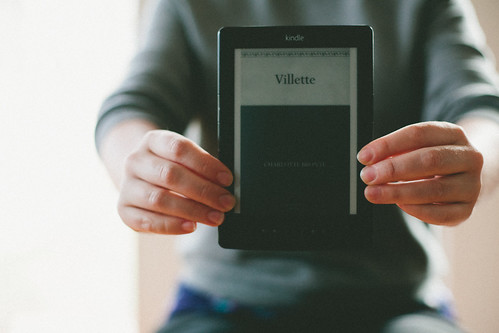 (Picked up because of this, and now that’s two books in a row that were influenced by The Toast.)

The whole time, I had a sneaking suspicion that I’d read it before. Except whole portions of the book were utterly unknown to me. I still can’t say* whether this was my first or second time reading the book, but I can say that I loved it.

(Which, if I’m honest, is why I suspect it’s my first. If I’d read it before, wouldn’t I have remembered?) There’s so much gothic drama, and the heroine is so pitiful in that Bronte-specific way. I particularly adore that we begin by hating one character, but then begin to find him entertaining, and by the end he’s a full-blown hero. I also love Lucy’s awareness of her unspectacular looks. She is almost completely un-self-aware, and I appreciate that.

*After that, I did some deep searching and found a gchat convo from 2008 confirming that I’d read the novel and had SO MANY FEELINGS ABOUT IT! I’m going to put my forgetfulness in the “win” column for this book, though, because one of the themes of the book is how easily people forget Lucy, and the unreliability of our emotional memory.